Covington restaurant The Gruff was founded on family, intuition and a leap of faith.

Kristin Steuber (’03) found serving people rewarding when she worked her way through NKU waiting tables, but the journalism and marketing major didn’t expect her career to ultimately land her in the restaurant business. But now more than 15 years later, she and her husband, Avram—a professionally trained chef—own The Gruff, a vibrantly colored, family-friendly restaurant on the Kentucky side of the John A. Roebling Suspension Bridge on Covington’s riverfront.

How she got here was somewhat happenstance, but she credits much ofthe couple’s success thus far to trusting their mutual gut. In early 2010, she was working at Marriott when the Steubers’ circumstances changed, pushing them to get creative: The economy was weak, reeling from the Great Recession, and her husband was between jobs, so they decided to utilize their combined skillsets to dive into the catering business,opening Twin Bistro on Covington’s BrentSpence Square.

“People said, ‘Oh you won’t make anymoney doing that,’” Steuber recalls. “And I was like, ‘I say we do this. You have a talent, and we can make this work.’ More people were starting to own restaurants, so we were in good company.”

The catering business was tough, though, and she says they struggled to drum up business outside a steady stream of corporate clients. If they wanted to reach the level of success they had envisioned, they had to go big.

“You learn from failure,” she says. “I’m not saying the first place was a failure, but it flatlined. It’s what pushed us to take this larger risk.” 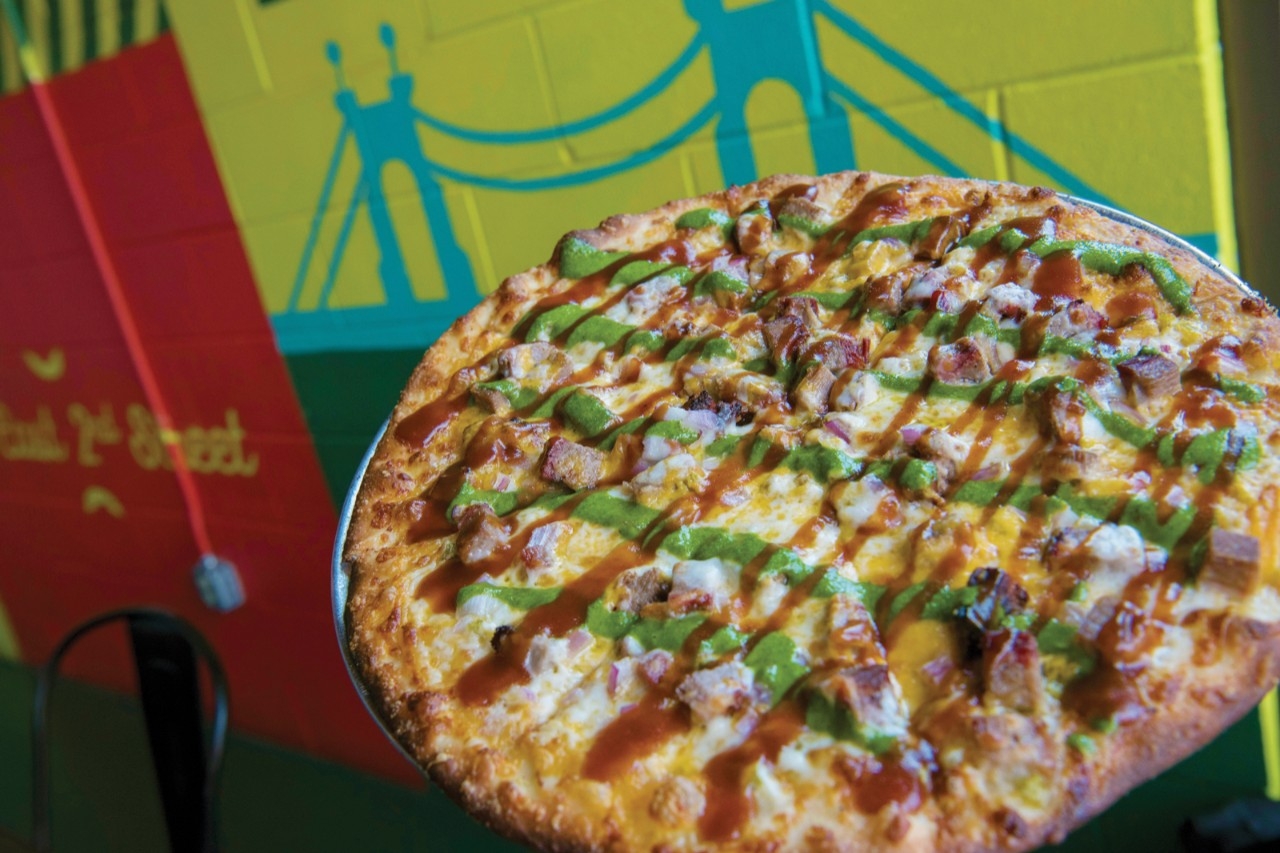 At that point, with two small children and another on the way, they put it all on the line, closing Twin Bistro and opening The Gruff in January 2015. With a vision in mind of an artisanal pizza–serving deli—an equally great place to take the kids and grab a decent bite and a drink—the Steubers found a location that, to them, felt like stars aligning: just a bridge footpath away from Smale Riverfront Park, the stadiums and downtown Cincinnati, not to mention in close proximity to Covington’s business district.

The name references “Three Billy Goats Gruff” (also a nod to her three kids), and the troll from the children’s tale is even painted onto a patio wall shared with the bridge. “We just wanted a place where people felt welcome, and they didn’t have to feel overdressed or underdressed and could bring their kids or their dogs,” says Steuber.

Thinking of how the restaurant’s interior would be laid out, she thought back to an experience her brother, who briefly lived in Ukraine, shared with her: “Almost every restaurant there has a kids area and—we couldn’t do it here because it’s a liability—but they have nannies watch your kids while you hang out with your friends,” she says. She adapted the idea, nixing the dividing wall and babysitters, and instead opted for open sightlines so parents could converse with one another while watching their children play games in the restaurant’s play area. That strategy has paid off, she says: “The community latched onto that right away—like, I can take my kids somewhere, finally!”

Their goal of serving other families has paid off for Steuber’s family, too. The most rewarding aspect of running her own business, she says, is having more flexibility to be around for her children so she doesn’t miss a precious moment.