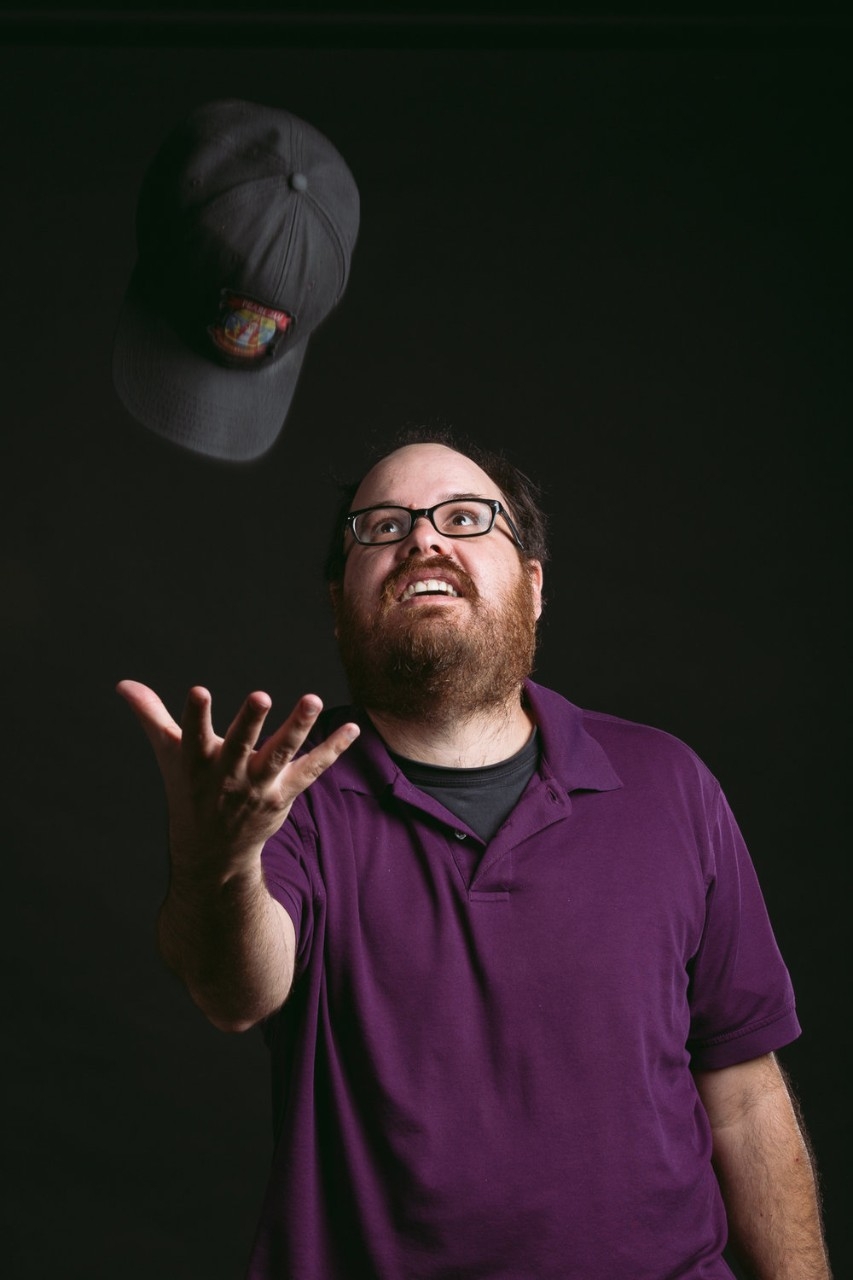 “Oh snap, it’s that guy from the dollar bill!”

Comedian Dave Waite (’01) points his cell phone at a portrait of George Washington inside the Virginia Museum of Fine Arts in a moment courtesy of Waite’s Instagram video series “Dave on Art.” The reoccuring bit finds Waite joking his way through art museums country-wide and, alongside an advice series (“Dear Dave”), encompasses a digital strategy that’s less carefree than it’s meant to look.

“We live in such a view-based economy, right?” he says. “So I spend my time thinking about how to get more views. I’d rather just be funny and creative and not have to worry about the business aspect of it all. But it’s easy to make fun of modern art. Some of it is very beautiful, and some of it is very moving, but a lot of times it’s just a roomful of plastic bags and I’m like, I don’t know man … I guess?”

This “I guess” attitude has guided Waite to where he is today, with appearances on “Late Night with Jimmy Fallon,” Comedy Central’s “Live at Gotham” and the Just for Laughs Comedy Festival in Montreal stacked in his credits. His stand-up comedy career doesn’t feel so much fated as found, but it’s clear that hard work and determination, not to mention an entertaining knack for self-promotion, underpin his rise to success.

Raised in Ludlow, Kentucky, Waite wasn’t a particularly funny kid, though he does remember telling jokes to family members that, by his own admission, weren’t very good. After graduating from Ludlow High School (he played football and once made a game-winning field goal), Waite enrolled at Northern Kentucky University as a theatre major, then, re-thinking his odds for a successful performance career (ironic), considered other majors.

“I switched to the much more lucrative field of geography,” he deadpans, then cites his job at the then-on-campus Delta call-in center as influential to the decision.

“I had flight benefits and was able to travel all over the country. I went to Europe a couple of times. I think that played a big part in me wanting to study geography—seeing the world and wanting to learn more about places.”

Graduating in 2001, though, he left campus to make his way in a world on the verge of catastrophic change. “Because of what happened—September 11—the job market got really jammed up. It was kind of a year where I bummed around, just trying to find something to do.” Waite worked as a substitute teacher when he could and eventually secured a clerical office job at Fidelity Investments. Then, one day, he saw a newspaper ad for a stand-up comedy class at the Funny Bone in Newport and, perhaps remembering his childhood penchant for bad jokes, said, “I guess,” and signed up.

“The graduation ceremony was my first time on stage as a comedian. I got enough laughs that I’m still doing it,” he says. “I wouldn’t say I killed it, but I did well enough that I was like, ‘Oh, alright. This isn’t a complete delusion. I can make some people laugh.’”

Fired up by this newfound direction, Waite honed his comedy at open mics and eventually started hosting at Cincinnati’s venerable comedy club, Go Bananas. He took his set to clubs in cities like Louisville, Indianapolis and Columbus (“places that even when I had a job I could get to if I went right after work”), got work in other cities and eventually was able to become a full-time performer. “Probably two years into comedy I started doing it as the way I make money.” He landed a spot on “Live at Gotham” and, realizing he’d done about all he could do in the Queen City, moved to New York City with some fellow comedians, where he auditioned for, and landed, a spot on “Late Night with Jimmy Fallon.” On the show he joked about, among other things, his time studying at NKU and experiences in the Delta call-in center.

About eight years after first stepping on stage to tell jokes, Waite made the leap to Los Angeles, where he resides today. He’s put out three albums of Midwestern-flavored witticisms (peppered with the occasional rant), is a regular on several top-rated radio programs and podcasts, and appeared on such shows as “Not Safe with Nikki Glaser” and NBC’s “Last Comic Standing.”

Waite tries to write every day, developing skeletal jokes that he develops on stages all across the country, including, frequently, back home at Go Bananas. He’s thinking about recording another album when he gets together enough new material, but ask him about plans for what comes next, and Waite answers with a comedian’s typical self-deprecation.

“I’m just hanging out, trying to work on my Instagram.”