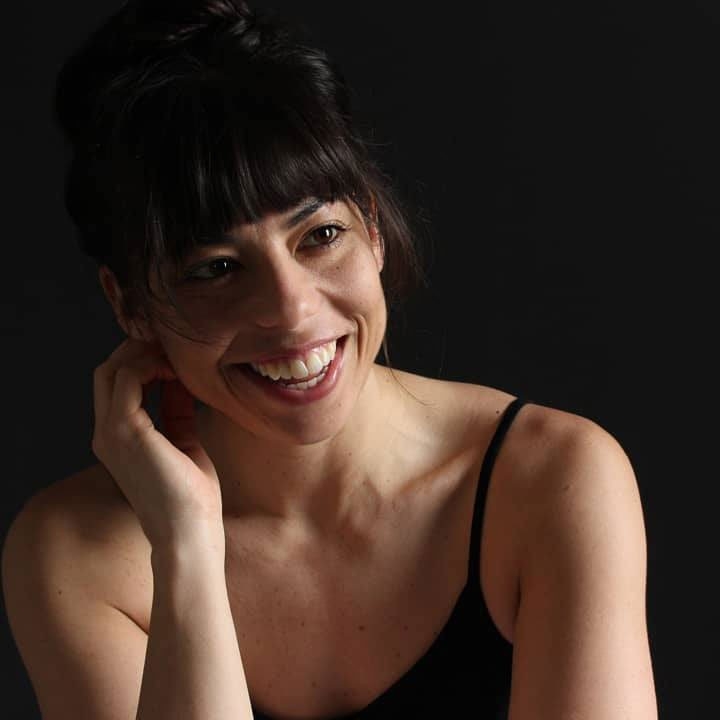 They say that laughter is the best medicine, but is this really true? Elizabeth “E.B.” Byland thinks so—and she’s sharing her own love of humor with people she believes could use an extra chuckle or two.

The 2008 graduate of Northern Kentucky University’s Theatre & Dance program has worked with kids, adults, stroke survivors and individuals with special needs. She’s currently the director of improv at Virginia Commonwealth University in Richmond, Virginia, and she’s teamed up with the university’s gerontology department to teach improv to local senior citizens.

The Independence, Kentucky, native views improv as a way to connect with individuals living with conditions like dementia and Alzheimer's, who often can’t articulate conversations in a linear pattern. She focuses on spontaneity, listening and responding in the moment—skills Byland believes are especially helpful for adult children struggling to connect with parents.

“This person is a new version of the person you love, and you have to be a little flexible with that version,” she says. “But it can be fun and exciting. They still want to experience life, and what’s the best way to help them? Improv isn't going to cure anything or rid the body of illness and disease, but it is certainly the best non-pharmaceutical medicine that I've had in my life.”

While Byland has dedicated most of her adult life to improv comedy, in-the-moment theater wasn’t a part of her original plan. In fact, while growing up, gymnastics was all she ever knew. After she taught herself to do a back handspring in the third grade, she set her sights on the Olympics. The dream? Elizabeth Byland, Olympic Champion ‘94.

But then a broken ankle, three stress fractures and tendonitis in her joints occurred, convincing her to hang up the leotard and look for a different dream, and Byland found sanctuary in a high school speech and drama class. “That class helped me find my identity,” she says. “It gave me the permission I needed to let go and be myself.”

She didn’t come from a family of creatives—her brother is an attorney, her sister a geologist—but Byland knew she wanted to follow the performance path. And it was at NKU where Byland discovered the love of improv that drives her today.

“The best theater program in the state of Kentucky was in my backyard,” she says. “Why would I go anywhere else? When it came to me getting the training I knew I wanted in college, there is nowhere else I could have gotten it.”

After receiving an acting degree from NKU, she finally made it to the Olympics—Improv Olympic, that is (leotard optional). She trained at the Chicago-based studio until she relocated to Georgia to attend the Savannah College of Art and Design (SCAD). A few years later, she moved to Charlotte, where she founded Acting Out Studio Improv and put all of her energy into teaching improv. There, she became a one-woman juggling act. When not auditioning for roles, choreographing dances or mentoring young kids, she worked at the two organizations she co-founded—Queen City Comedy and Comedy Connects: Improv for Seniors, the latter inspired by her father, who died when she was 25 years old.

“My dad was 49 when I was born, and he had a stroke that left him with irreversible health issues,” she says. “I had kids throughout elementary school who would ask if he was my grandpa. He was an older pop, but I didn’t know the difference.”

As her father got older, he withdrew and became less active. Complications from another stroke left him catatonic under hospice care. It was a crushing experience, but Byland clings to one of her final moments with her father—when she told him about the classes she taught, reciting funny moments from the week and watching a student improv group performance she directed.

“Even though my dad was incoherent by then, I thought that maybe somewhere deep down he would hear and experience the video with me,” she says. “I'll never forget that time sitting at my dad’s bedside, watching an improv set and actually laughing and feeling so connected to him in the only way I knew how.”

It’s with her dad in mind that she hopes to impact senior citizens. Improv is entertainment, sure, but it can also be therapeutic.

“Maybe I couldn’t help my dad in this way, but I can help other people,” she said. “What I’m doing is teaching them the same thing that I would for anybody else—to connect to other humans. It’s so real and powerful just trying to teach somebody to be funny and to react in the moment. There is no right or wrong thing; there is right here, right now and seeing where the conversation takes you.”

Byland hopes that improv helps someone who needs it like she has during life’s most important milestones.