The Science of Support 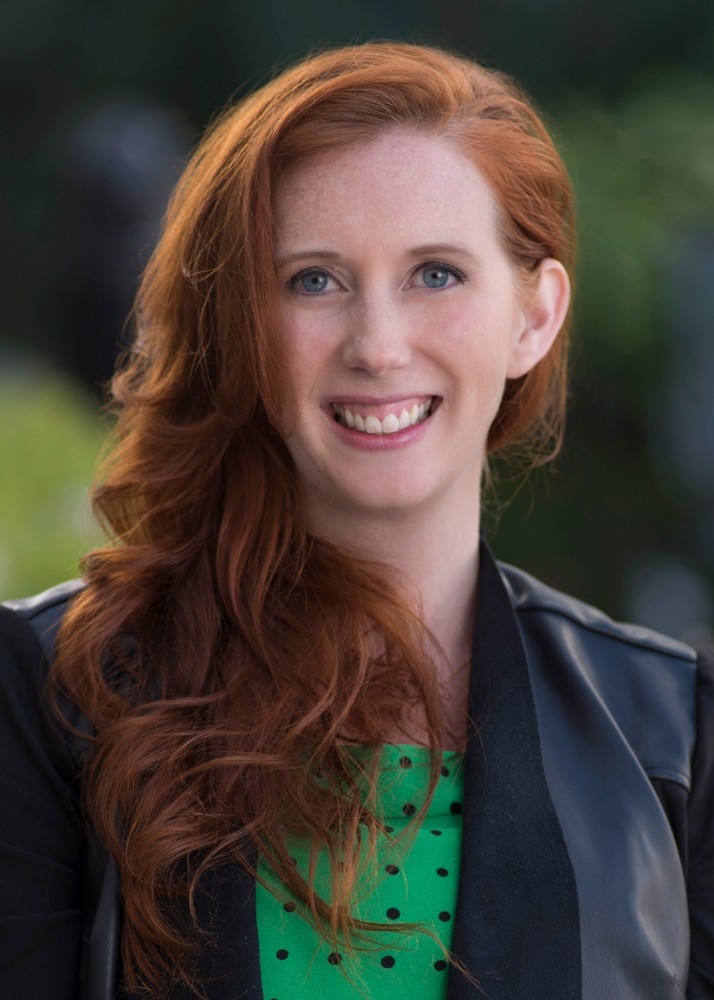 NBC’s “The Biggest Loser” was a breakout hit for the network, running for 17 seasons, achieving high-ranking status and spawning a host of international adaptations. But when the competition reality show went off the air in 2017, it did so under a cloud of less-than-ideal PR after a Scientific American article revealed that former contestants struggled to keep the weight off as their metabolisms slowed.

But now “The Biggest Loser” is back to airwaves in the form of a re-boot to air on the USA Network. And showrunners are looking to rectify issues that plagued the original version of the show.

One of the most significant changes in the re-boot is the on-set work of Katie Chapmon (‘01), a California-based registered dietitian and consultant who was tapped to provide science-based support for contestants.

Chapmon loves science. That isn’t some layered aside or an element of character-building—it’s central to her story.

A native of Ft. Wright, Kentucky, Chapmon was offered a scholarship to Morehead University upon graduation from Notre Dame High School, but, wishing to stay closer to home, decided instead to attend Northern Kentucky University.

“I started out as pre-med,” she says. “I always really enjoyed science, but it just didn’t really click. I was like, 'Oh gosh. Life decisions—what do I do?’” What she did was change her major to communications with a focus on public speaking (“I felt like that was a transferrable thing for me”), a course of study she enjoyed under the mentorship of professors such as Cady Short-Thompson. After graduation, she got a job doing corporate consulting and training for a software company, then, ready to change things up, planned a cross-country move.

“I decided to move to Los Angeles just for the weather, honestly, and a change of pace,” she says. “It was the most random decision—weather.” There was more in store for her than sunny skies, though, as Chapmon had resolved to put science center stage in her life by pursuing a graduate degree in nutritional science. She started at California State University, Los Angeles, first completing a year of pre-requisites (because of her non-science degree) followed by two years of master’s-level classes.

“Then I had a year of...to become a dietitian, there’s an internship component that you do 1,000 hours,” she says. "My school had a program that would place you rather than you trying to find your own, which is kind of a big deal. So it’s like 150 people applied and 25 get in. I got into that program, so my last year was an internship and thesis.”

All that? No mean feat, and she continued operating at a high level after completing her graduate education, when she was hired by the nation’s leading not-for-profit health plan, Kaiser Permanente. She began as a bariatric dietitian and, over 10 years, worked her way to become the bariatric nutrition lead for the southern California region, as well as manager of the bariatric medicine department. Early in 2019, she struck out on her own as a private practitioner, writer and consultant. And all because...

“I’m a science geek! The thing that drives me is science. That’s what’s so fascinating about nutrition—it’s not just, ‘Here’s what you eat. Good luck.’ There’s a really involved science behind all that. And then also the patient relationships. I get to meet really cool people who are trying their best and trying things out in a functional, nutritional way.”

"The goal is not only to make sure they’re safe and stable on the show for whatever comes up, but it’s also to have a year afterwards to make sure that they’re able to build upon skills such as time management and picking things out at the grocery store.”

So how’d she end up working on “The Biggest Loser”? “They called me,” she says. “A friend of a friend was involved in the production of the show. When they were deciding to reboot it, they had specifics for what they wanted that to look like. And then they reached out to me.” It’s her love of science, in fact, as well as deep commitment to patient outcomes, that led producers to hire Chapmon for the off-screen role (she didn’t want to be on TV) of show nutritionist. “Not only do I monitor their food intake and adjust that according to the weight loss and exercise output,” she says, "but I also take a look at their labs, their micronutrients, making sure that there are no deficiencies, and also anything else that comes up.” And Chapmon brings an aftercare element to the show, addressing a shortcoming of the previous incarnation of “The Biggest Loser.” “I actually get to work with everyone over the next year. It’s a different thing to be at the show and you’re in the kitchen and the groceries are bought for you, and the only thing you’re doing is working out or cooking versus real life, with a job and everything,” she says. “In the past, that’s always been really difficult—the re-entry into real life. So the goal is not only to make sure they’re safe and stable on the show for whatever comes up, but it’s also to have a year afterwards to make sure that they’re able to build upon skills such as time management and picking things out at the grocery store.” Chapmon points out that balancing rigorous shoots with the demands of her career tested her time management skills, but in the end it was worth it, as the experience deepened her love for private practice and patient relationships. Working in entertainment may not have ever been her L.A. dream, but, if another opportunity arose, would she do it again? “You never know. At one point in my life I was like, ‘Oh, I’ll never move from Kentucky.’ And I’ve been out here 15 or 16 years. I can never say never now.”