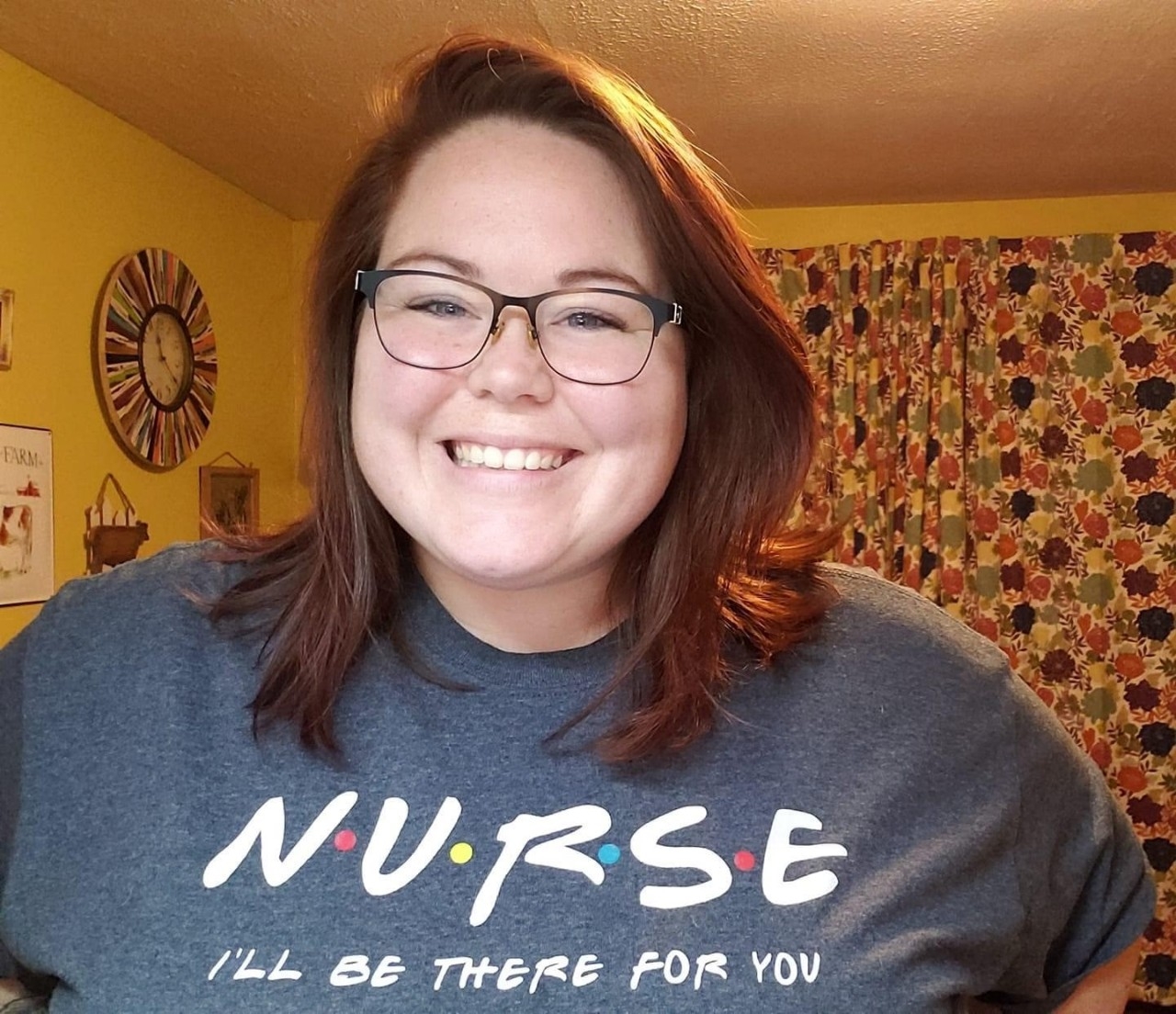 The path to being a nurse for Emily Rose Lowe (’12 ’19) has been difficult and anything but conventional.

Graduating from Northern Kentucky University with her bachelor’s degree in Elementary Education, she started her job as a teacher before putting her career on hold. With her 18-month-old son at home and a baby girl on the way, she wanted to focus on raising her family as a stay-at-home mother.

Emily’s life changed when doctors discovered her daughter had a congenital heart defect. Her daughter was cared for at Cincinnati Children’s Hospital, was placed in the Cardiac Intensive Care Unit and passed away eight days later.

Emily decided then to dedicate herself to the heart health community, traveling to Washington D.C. to advocate for research funding to the Center for Disease Control (CDC) and National Institute of Health (NIH). When she returned to the northern Kentucky area, she wanted more. She thought back to her time at Cincinnati Children’s Hospital and remembered the care she and her family got from every nurse they had.

“The nurses were amazing," she says. "We could not have gotten through that difficult time if it weren’t for the care we received."

Emily applied for NKU's Accelerated BSN program so that she could become a nurse and make a difference in people’s lives. After graduating in December 2019, she was ready to begin her new career as a NICU nurse. In March, after her first full week on the job caring for patients, she started developing a fever and a cough. Eleven days later, it was confirmed that she had contracted COVID-19.

“It was very stressful to not know what was happening," she says. "I started feeling out of breath with a little chest pain, followed by a fever. After being diagnosed, being isolated on one side of the house away from my family was difficult, but family dropped off food and supplies on our porch and took care of us that way."

She made a full recovery and is back at work doing what she loves–caring for patients.

“To see the community support health care workers is so inspiring," she says. "I have been a nurse for only a few months, but nobody is holding themselves back. Everyone is jumping in and hitting the ground running.”

As her shirt says, nurses are there for you in your time of need.