The Students 2 Scholars (S2S) retention program was created to help Black students fine-tune their career pathway and connect them to a network of Black professionals. 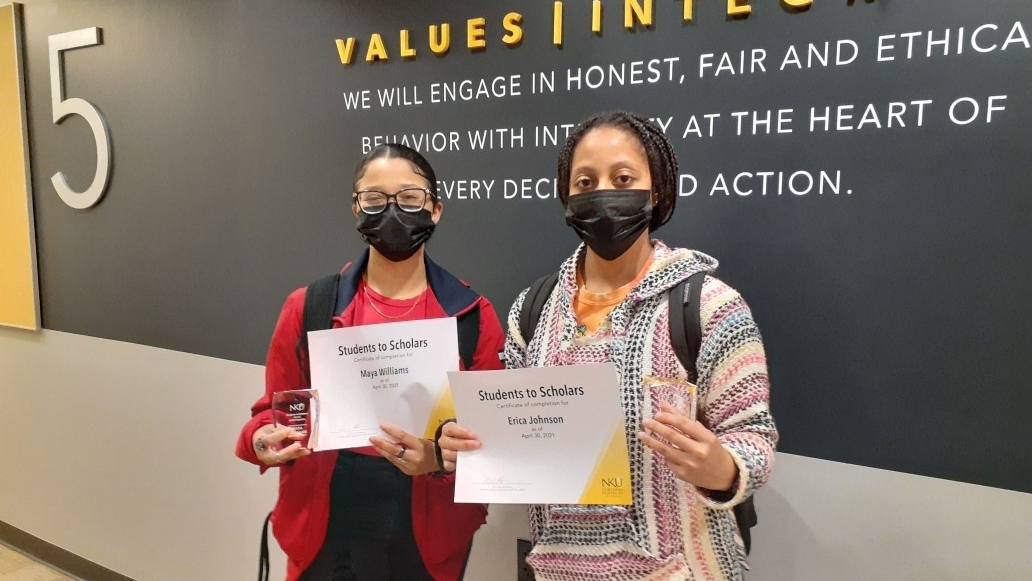 Sophomore year of college can be a challenging time for many students, especially for those who are still learning their career major. However, one program was recently implemented at NKU to help students who just need a little extra support to help them be successful in college and beyond. The Students 2 Scholars (S2S) retention program was created to help Black students fine-tune their career pathway and connect them to a network of Black professionals. S2S was one of the winners of the 2020 Innovation Challenge. The program was awarded $38,000 to help retain sophomore students heading into their junior year.

Dr. Cori Henderson, the associate director of the Office of Institutional Research and current president of Black Faculty and Staff Association (BFSA), says the idea came about after a conversation with the BFSA and NKU cabinet members, staff and faculty noticed that some sophomore students feel less supported than they did when they were freshman. She noticed only about half of NKU’s undergraduate black students were continuing on to the third year, which was lower than the overall cohort of 61%.

“That kind of sparked that idea for us to say, ‘Maybe there’s something that BFSA can do to help those second-year students feel as though they haven’t been dropped,’” she says. “We definitely didn’t want our sophomores to feel left out and continuing that support system is important. They need a professional network of support and to see people that look like them within their profession.”

The program, which took place during the 2020 academic year, featured 19 students paired with eight mentors, who were BFSA faculty and staff members. The students were also introduced to community members, such as NKU’s Black Alumni Council and the Black Achievers.

According to Henderson, the students were picked based on good academic standing, and they focused on those who haven’t yet had the opportunity to have experiential learning experiences, such as internships. While the pandemic brought its own set of challenges– such as in-person gatherings being eliminated, Henderson says the students and mentors were able to overcome with the help of remote services such as Zoom.

“We were able to get really creative,” she says. “I was very proud of our co-mentors and how we were still able to have our networking events. We still did breakout sessions to allow our scholars to connect with Black faculty within their field.”

“We definitely didn’t want our sophomores to feel left out and continuing that support system is important. They need a professional network of support and to see people that look like them within their profession."

Henderson thought the first year of the program went well. One student has even returned back to her alma matter and has told high school students about the program.

“We know that there’s a need for it and it’s just good to hear that we were able to make a positive impact on our students,” Henderson says. “I hope we can keep this thing going.”

Alyca White, from Louisville, Kentucky, was one student in the program. Alyca, who is now going into her junior year as a nursing student, says the retention program helped her immensely.

“When I had a lot going on I could always count on my mentor to give me sound advice and just get things off my mind,” she says.  “We had check-ins as a group, and it was nice just to relax and just have a conversation and not think about all the work from school. Also, the program helped me start networking with people in my desired career.”

The key of program is to help students connect with professionals to help them understand what they want to do with their careers. This has already paid off as some of the students have earned internships for the summer.

“I’m so proud of them,” she says. “I can really see how this program has helped them to take that next step in their career and then their journey here at NKU.”