This NKU alumna made history on NBC’s “The Voice.” 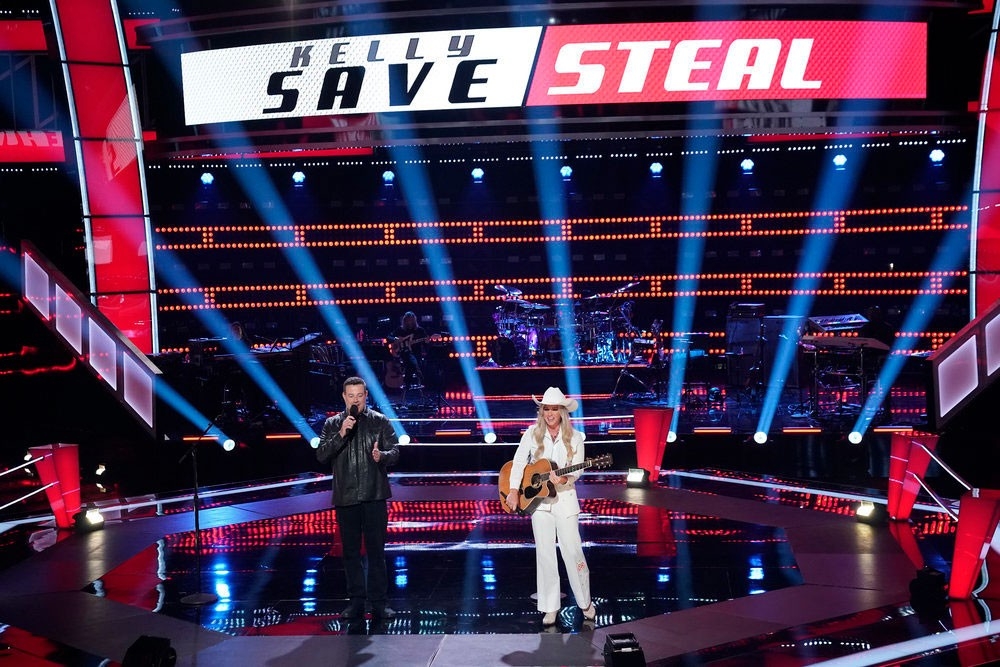 As Kinsey Rose belted high notes and harmonized on stage with trio group Girl Named Tom to "Seven Bridges Road" by the Eagles, she impressed the judges of NBC's "The Voice" once again. When the battle ended, her coach Kelly Clarkson was in awe.

“You’re the type of country singer I love,” Clarkson said to Rose. “No one is like you on the show.”

Clarkson had to pick one winner, and Rose was not chosen to move forward.

Rose would have been eliminated from the competition, but all four judges Clarkson, Blake Shelton, John Legend, Ariana Grande chose to save her—a first for the show that’s been on air since 2011. Rose had the chance to pick a new coach and a new team but decided to stick with Clarkson, who was her original coach.

“Kelly saved me twice,” she says. “She has a good idea of who I am. It’s important to have someone who knows your voice like that."

“Music is something to get me through the good, hard, lonely, happy or sad. I know other people are experiencing the same kind of things. It’s something that makes me feel like I’m not alone,” Rose says. “Seeing how my songs connect to someone in the audience makes me feel like this is what I’m supposed to do. I have the ability to connect to people and bring them joy.”

“Everything I worked for led to this moment, and I know how many doors can open just from this chance..."

That love for music and performing followed her to Northern Kentucky University.

While studying physical education (now known as exercise science) at NKU, Rose played in bars in Covington, Newport and Cincinnati. She even performed for the Cincinnati Reds.

“I’m glad I went to NKU when I was learning how to become an adult,” she says. “I wrote some of my favorite songs right there in my condo in Highland Heights.”

But her plan was always to move to Nashville. And in 2009, shortly after graduating from NKU, Rose packed up her bags and headed to Music City with her dog, Max.

Rose quickly proved her vocal range after she got her start at the famous honky-tonk Tootsies and began performing in all of the well-known bars up and down Broadway. For Rose, it wasn't always easy.

"Living off music can be unsteady. It was a very hard time living out of a tip jar," she says. "I was scraping to get by, living on couches and hotels while trying to keep my gigs that I landed downtown. Sometimes you’ll make a good earning from a show then you’re playing for tips again. Sometimes the big shows are far in between. After a few months of nonstop gigging, I was able to move into a place of my own."

At one of her gigs in Nashville, Rose met country music star Vince Gill. After she hustled on Broadway and played for people in Nashville who came from all over the world, she reconnected with Gill. He offered to sing on her full-length album, “Fair Weather Love,” which featured 11 original songs and was released in 2015.

Rose has been performing in Nashville for more than a decade and toured internationally in England, Denmark, Norway and France. She auditioned for “The Voice” several times during that time. Now that she’s a contestant, she’s been compared to Dolly Parton and Alison Krauss. Music is her entire life, and she loves sharing that experience with her fans.

“No matter what happens, I want to stay true to who I am. It’s such a big deal to me to have this opportunity,” she says. “Everything I worked for led to this moment, and I know how many doors can open just from this chance. I want to give everyone something great to listen to. Without the people that care and listen, there’s no job for me.”