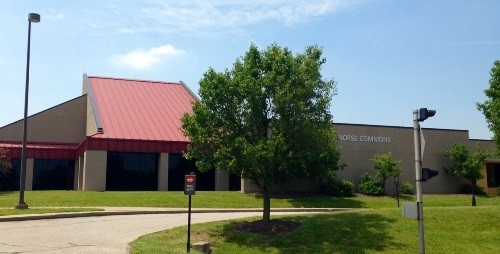 
Norse Commons was constructed in 1992 as part of a project that also included Woodcrest Apartments and Norse Hall. This one level building houses the Village Cafe dining facility which features an all-you-can-eat menu. It also includes a laundry facility, fitness room, meeting rooms, and the Office of Residential Life. The Village cafe and adjacent areas of the building were fully renovated in 2014 at a cost of $3.5 million.

Norse Commons is part of the Leon E. Boothe Residential Village which was dedicated in honor of Dr. Leon E. Booth. From 1983 to 1996, Dr. Boothe served as the university's third president.