"I view Black history as American history and it should be celebrated all year, but this month gives us time as a country to truly appreciate the contributions of Black people to American society and beyond." 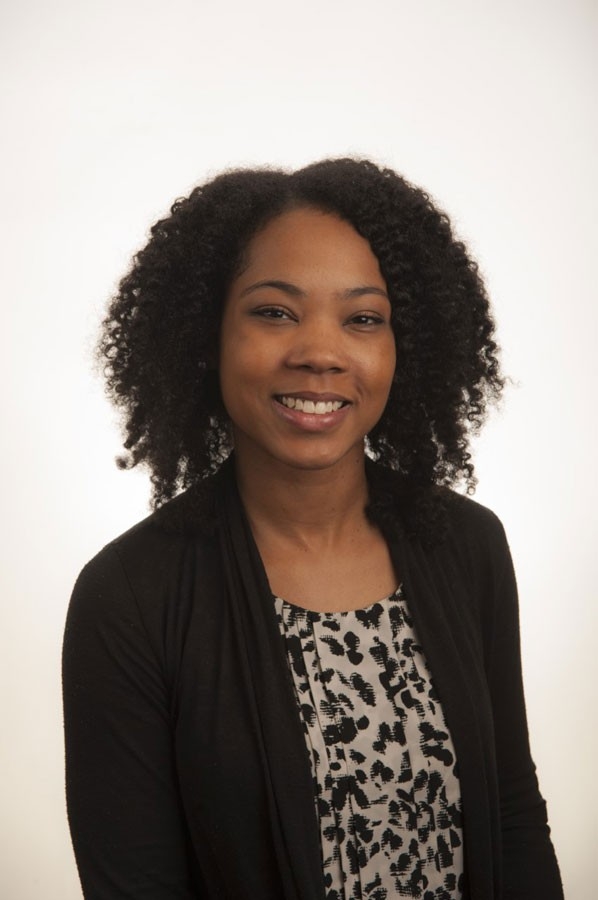 For Cori Henderson, Black History Month is a time of reflection on the past and consideration of the future. Henderson’s education surrounding Black history primarily came from her hometown church in Lima, Ohio.

“When I was a child, I used to love Black History Month because I got to say a speech about a prominent African American figure at my hometown church. I was never fond of speaking in public, but I loved learning about amazing people that looked like me,” she says. “I learned most of my Black history from church. My church would even pass out calendars on historical Black figures, with each day dedicated to an interesting factoid in Black history. I remember saving the calendars from each year just so I would have something to reference and look at later. It gave me a sense of pride to know where I came from as a Black person in America.”

After graduating from high school, Henderson earned her bachelor’s degree in psychology from Mount St. Joseph University in 2008 before pursuing a master’s degree in industrial-organizational psychology at Northern Kentucky University. More recently, Henderson has received her doctorate degree in educational policy studies, measurement and evaluation from the University of Kentucky.

"Attending a PWI made it difficult to be my authentic self within the classroom and with others who didn’t look like me."

Henderson, the associate director for Institutional Research at NKU, has been able to combine her two passions—data and students.

While partnering with African American Student Initiatives (AASI) and NKU R.O.C.K.S., Henderson has seen firsthand how important these spaces are on college campuses. She herself struggled with finding a sense of belonging at a predominantly white institution (PWI) during her undergraduate academic career.

“Attending a PWI made it difficult to be my authentic self within the classroom and with others who didn’t look like me,” she says. “Thankfully I immediately got involved with our Black Student Union on campus, and it made a world of difference for me.”

However, Henderson says, current programs for Black students are in need of far more resources to help them succeed in college and beyond.

“R.O.C.K.S. is a great model and should be up-scaled to help provide the resources needed for students to progress at NKU,” she says. “In Success by Design, we talk about meeting students where they are. R.O.C.K.S. is a testament of what that looks like for first-year students. But more needs to be done.”

Throughout her time at NKU, Henderson has also had the opportunity to serve as the president of the Black Faculty and Staff Association (BFSA). Through this experience she has been able to connect with Black students, as well as her fellow faculty and staff members, to support and aid one another throughout their academic and professional careers.

A stand-out moment during her two terms as president of BFSA, Henderson says, was participating in the Innovation Challenge and winning a full proposal amount to start Students to Scholars (S2S), a retention program for Black sophomore students at NKU.

“[Students to Scholars’] goal is to help our scholars refine their career pathway and make connections with others along the way that can help them reach their destination,” she says.

Other foci of the program involve conducting career workshops, networking with other BFSA members and sharing internship opportunities.

For Henderson, working with Black students comes full circle—particularly as she reflects on Black History Month.

“I think about Carter G. Woodson, who established Black History Week, and how it is a time to recognize the Black excellence and talent that came before me,” she says. “Personally, I view Black history as American history and it should be celebrated all year, but this month gives us time as a country to truly appreciate the contributions of Black people to American society and beyond. I believe NKU has the ability to really do something great and lead this region in the right direction.”