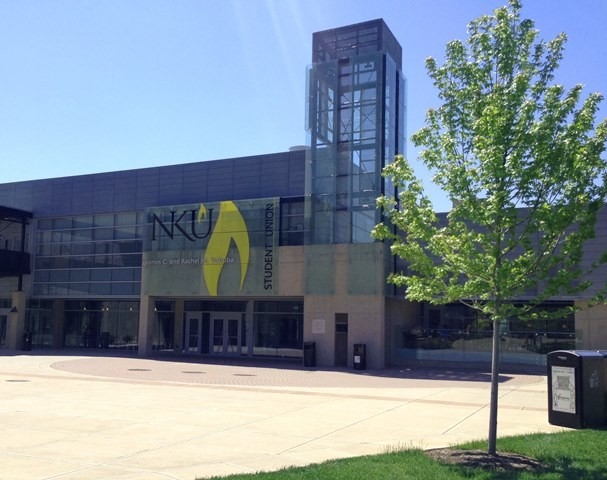 
The Student Union, constructed of poured-in-place concrete with zinc metal panels and clear glazing, is a three level building with multiple atrium areas. This building features a bright, airy atmosphere with the feel of "main street". The food court area, the atrium areas, and other gathering spaces are very popular student destinations, fostering interaction and community.

The Student Union won an architectural design Merit Award from the Kentucky Society of Architects, a chapter of the American Institute of Architects, in 2009.

The James C. and Rachel M. Votruba Student Union is named in honor of the university’s fourth president, Dr. James C. Votruba, who served from 1997 to 2012.

In 2013, the Student Union was named the favorite building on any college campus in Kentucky based on an online vote conducted by the American Institute of Architects Kentucky. The competition included 170 nominated buildings. Nearly 14,000 votes were cast by 5,000 voters, and the NKU Student Union emerged as the No. 6 favorite building in the commonwealth. It was voted the No. 1 “institutional” architecture, edging Transylvania University’s Old Morrison, Appalshop in Whitesburg, Gheens ScienceHall and Rauch Planetarium in Louisville.