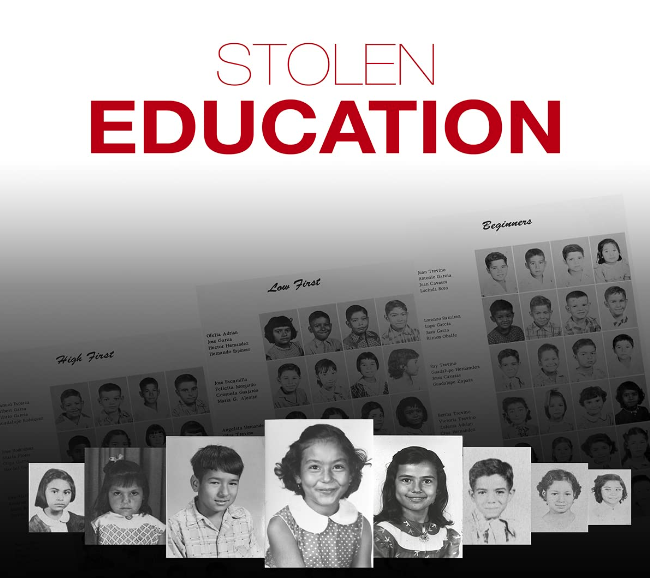 Stolen Education documents the untold story of Mexican-American school children who challenged discrimination in Texas schools in the 1950’s and changed the face of education in the Southwest.

As a 9 year-old second grader, Lupe had been forced to remain in the first grade for three years, not because of her academic performance but solely because she was Mexican American. She was one of eight young students who testified in a federal court case in 1956 to end the discriminatory practice (Hernandez et al. v. Driscoll Consolidated Independent School District), one of the first post-Brown desegregation court cases to be litigated.

The film portrays the courage of these young people, testifying in an era when fear and intimidation were used to maintain racial hierarchy and control. The students won the case, but for almost sixty years the case was never spoken about in the farming community where they lived despite its significance.

Stolen Education presents the full story and impact for the first time, featuring the personal accounts of most of those who were at the center of the court case. The film documents not only an important moment in Mexican American history, but also provides important context to understand our current educational system’s enduring legacy of segregation, discrimination and racism.