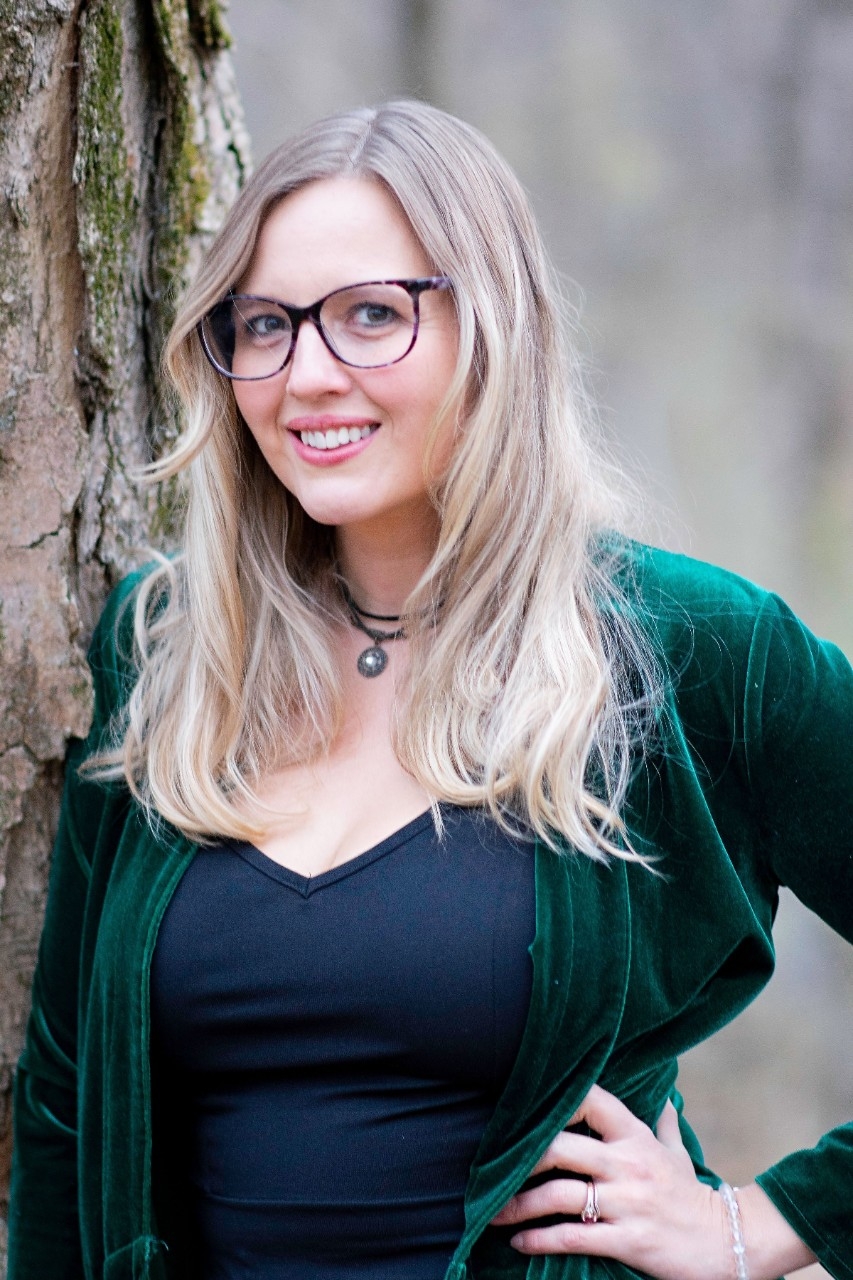 2022 has been a banner year for poet Sara Moore Wagner

Poet and NKU Instructor Sara Moore Wagner has captured the attention of critics and readers in a major way throughout the past year, publishing a pair of books that have each earned national awards. The first, titled “Swan Wife,” released in August 2022 after winning the 2021 Cider Press Review Editors’ Prize Book Award. Her follow up collection, “Hillbilly Madonna,” won Driftwood Press’ 2020 Manuscript Prize, and came out just three months after its predecessor in November. In February, Wagner also won an Individual Excellence Award from the Ohio Arts Council: funding bestowed upon creatives with an exceptional body of work.

“It has been really surreal,” Wagner says of the recent outpouring of accolades. “It feels like everything’s happening at the same time, but to me it feels like a labor of love for almost a decade.”

“You can do it all. You can be a loving mom. Maybe the house won't be as clean. But it's important to fight for your identity and your passions and your dreams, even as a mother."

A 2013 graduate of Northern Kentucky University’s Master of Arts in Education program, Wagner says that professors like graduate program director Kelly Moffett helped her rediscover her talents as a creative writer while she was studying to be an English teacher.

“I got my undergrad degree in poetry at Bowling Green State University about seven years before I decided to go back to school for my master’s,” Wagner says. “I wasn’t really writing at all at the time. I was a single mom, and I was teaching classes at a homeschool co-op, so that made me think that I’d like to study literature more.”

Wagner realized her passion for teaching just before grad school, serving as an English instructor in South Korea from 2006-08. While at NKU, she studied folklore in an independent study program with professor Danielle Roemer, worked as a graduate assistant and even helped write the instructional guide for ENG 101 classes. At the same time, though, the poetry classes Wagner was taking were reminding her of her then dormant love for creative writing.

“Kelly Moffet noticed that I was a poet and was like, ‘What are you doing? You have this phenomenal talent. Why aren't you doing that more?’” Wagner says. “I realized that was true, and I didn’t know why I gave it up. She really gave me permission to pursue poetry again. I was going to fight for my art and make something of this.”

Her fascination with poetry goes back as far as she can remember. As a child, she wrote journal entries in verse rather than prose, toying with rhyme and the art form’s musical qualities. When Wagner was five, her mother went back to college, bringing Wagner along with her.

“I would go with her to her classes, and she would read me poems,” says Wagner. “I would see the things she was learning, so that was the first spark. I went to dinner with some girls I knew from middle school last year, and they were all, like, ‘You’re one of the only people who is actually doing the thing they said they wanted to do when they were 12.’ And I think that’s true. When I was 12, I knew I wanted to be a poet. I just forgot that for a bit.”

Shortly after graduating with her master’s and publishing her first chapbook, “Hooked Through,” in 2017, Wagner created a five-year plan. She would write and submit as much material as she possibly could, disregarding the number of rejections she amassed in the process. When she realized that she had written hundreds of poems during this intensely prolific period, Wagner began compiling them into a single, sprawling collection that spanned from her childhood to her marriage.

Eventually, that body of work split into two collections. The first was “Swan Wife,” which ties Wagner’s studies with Roemer to the first year of her own marriage.

“It kind of follows the path of Joseph Campbell's hero's journey, but it also is the tale of a swan maiden whose skin is stolen and she’s forced to become a wife,” Wagner says. “I wanted to set it up as a hero’s journey to subvert the original myth and make it so that we can find ourselves in marriage and not have to live in those structures. That’s a heroic thing to do.”

Wagner’s second book covers a much wider range of her life, stretching from her childhood to the present day—all of it relating back to her roots in Appalachian Ohio.

“I went back to Jackson, Ohio and the places my family was from, and started thinking bigger about the community, the landscape, the history of my family and generational trauma,” she says. “I was writing more poems in that space, and that became ‘Hillbilly Madonna.’”

Wagner didn’t initially identify as Appalachian until she did research on the region as a whole. Though often associated with Eastern Kentucky and West Virginia, Appalachia intersects with the state’s Southeastern counties—a fact that Wagner has become more aware of since connecting with Richmond, Kentucky-born poet Pauletta Hansel, who now resides in Cincinnati.

“My mom was a single mom, so even my meemaw, who raised me a lot of the time, is from that region,” Wagner says. “When she goes back there, all of her family’s still there. I told her I was talking about Appalachia, and she said, ‘I thought that was in Pennsylvania.’ I think this culture is newly being explored. My mom’s from West Virginia, and she knew more and understood more about that. But it’s something that’s not written about very often.”

Wagner submitted this pair of manuscripts for various awards over the next two years, making it the finals for many after figuring out the structure she wanted for each one. The first major prize she won was a $5,000 grant from the Sustainable Arts Foundation in 2019, an award given to artists with children.

“Being a parent, I’ve heard people talk about how motherhood is like the end. It’s over for you. Now you’re a mom, and your identity is gone,” Wagner says. “I think it’s been important for me to really fight against that. When I had my son, it was just me and him. I had a real desire to show him what was possible—that I could do something and have it be an example for him. I have a seven-year-old and a five-year-old now who were born later, and for them, it’s the same thing. You can do it all. You can be a loving mom. Maybe the house won't be as clean. But it's important to fight for your identity and your passions and your dreams, even as a mother.”

Wagner hasn’t created a new five-year plan for the near future, but she still has plenty of material in the works, including three full-length books that she has been writing while getting “Swan Wife” and “Hillbilly Madonna” published. In the meantime, she’ll focus on her other passion: teaching. She currently teaches Intro to Creative Writing at NKU, and in early November, she led a workshop on fairy tales at Bowling Green State University.

“I love igniting passion in students and giving them living writers—kind of doing what Kelly did for me,” Wagner says.