"The Electronic Media and Broadcasting Mayerson Projects class is the first time we have brought a philanthropy aspect into what is typically our production-based projects class." 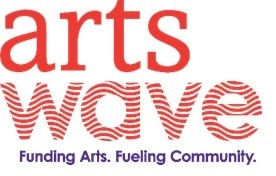 Awards by this Class:

Reflections from Professor Strobel
The Electronic Media and Broadcasting Mayerson Projects class is the first time we have brought a philanthropy aspect into what is typically our client-based meida projects class. The students and I approached the opportunity expecting to work with a nonprofit by creating a piece of media to support their mission. As we looked at the potential arts organizations, considered their needs, and evaluated the impact we could have on the organization, the choice to partner with I.imagine was clearly the right decision. Beyond the financial impact that Artswave’s grant will have on I.imagine’s mission, the opportunity to mentor high school students and introduce a video aspect to their photography projects was very appealing to the students.

EMB 397 Student: This projects class has presented us with valuable opportunities to not only financially support one of our community’s youth in the arts programs, but to also professionally mentor the students’ media making development. With the generous grant funding through ArtsWave and the Mayerson awards, we were able to select an artistic organization that we believe in to help enrich and grow their reach and impact.

We chose I.imagine, which is a photography after school club that goes to high schools and middle schools in the area. Our projects class was able to mentor those
students through the video production process, culminating in the students
submitting their videos to OINK, the Electronic Media and Broadcasting
program’s film festival for high school students. To help an organization fulfill its goals, financially and directly, was a wonderful opportunity for us.

Recipient: i.imagine
Remarks by Shannon Eggleston, founder: When I founded I.imagine in 2014, my priority was to create a space for student photographers to be noticed and recognized for their talent, but also to be recognized as incredible human beings. When I was first contacted by Emma Tallent and Dylan Boling and Professor Strobel, my first thought was "they recognized us!"  This alone was a huge boost to our small but mighty operation. Being recognized by NKU E-Media eventually led to being selected as the recipient of a $2000 Mayerson award, a three-part workshop on short film production led by amazing NKU E-Media students, which then led to three of our four films being selected for the Oink Film Festival here at NKU.

To fund a portion of our after-school programs, I.imagine typically charges a $150 annual enrollment fee to each student. This year, as an experiment, I advertised the class as free of charge, to see how many students would sign up that otherwise would have declined because of the cost.  As it turns out, 75% of the kids that enrolled and show up every week are unable to pay, creating a $2200 deficit in our budget. The $2000 Artswave and Mayerson Foundation grant directly covers the enrollment fee of those students that are hungry to learn and create, but simply cannot pay.  Thank you, Artswave and Mayerson!

NKU E-Media students came to our high school classroom prepared, leading with their hearts, and focused on sharing their expertise with us. This super cool posse of creative big brothers and big sisters took over and it was awesome!  I.imagine students that may not have viewed themselves as "college material" worked side by side with college students that modeled their passion for film and higher education.  These I.imagine students now see NKU E-Media as a place where they fit in and belong.

Our high school students were not only recognized and funded, but they were educated, mentored, and most importantly, convinced that they are worthy and capable of doing great things. Thank you NKU E-Media!

What unique teaching and learning challenges did you encounter? How did you and your students overcome them?
Professor Strobel: This was a challenge in that our Projects class isn’t a “normal” one for Mayerson. The process of finding a partner, and then assessing what we could do to work with them, took time - especially when considering the additional aspects that accompany Artswave funding. When the final decision was being made, there were two primary contenders for the funding - I.imagine and another, more traditional, project. I especially appreciated that the students realized that the impact of their work would be greater through mentoring the students, rather than creating a video with a nonprofit client which already had more resources. I could see the growth in confidence and maturity in a few of our classmates as others looked to them for guidance.