QUICK LINKS
Student Affairs: About Us 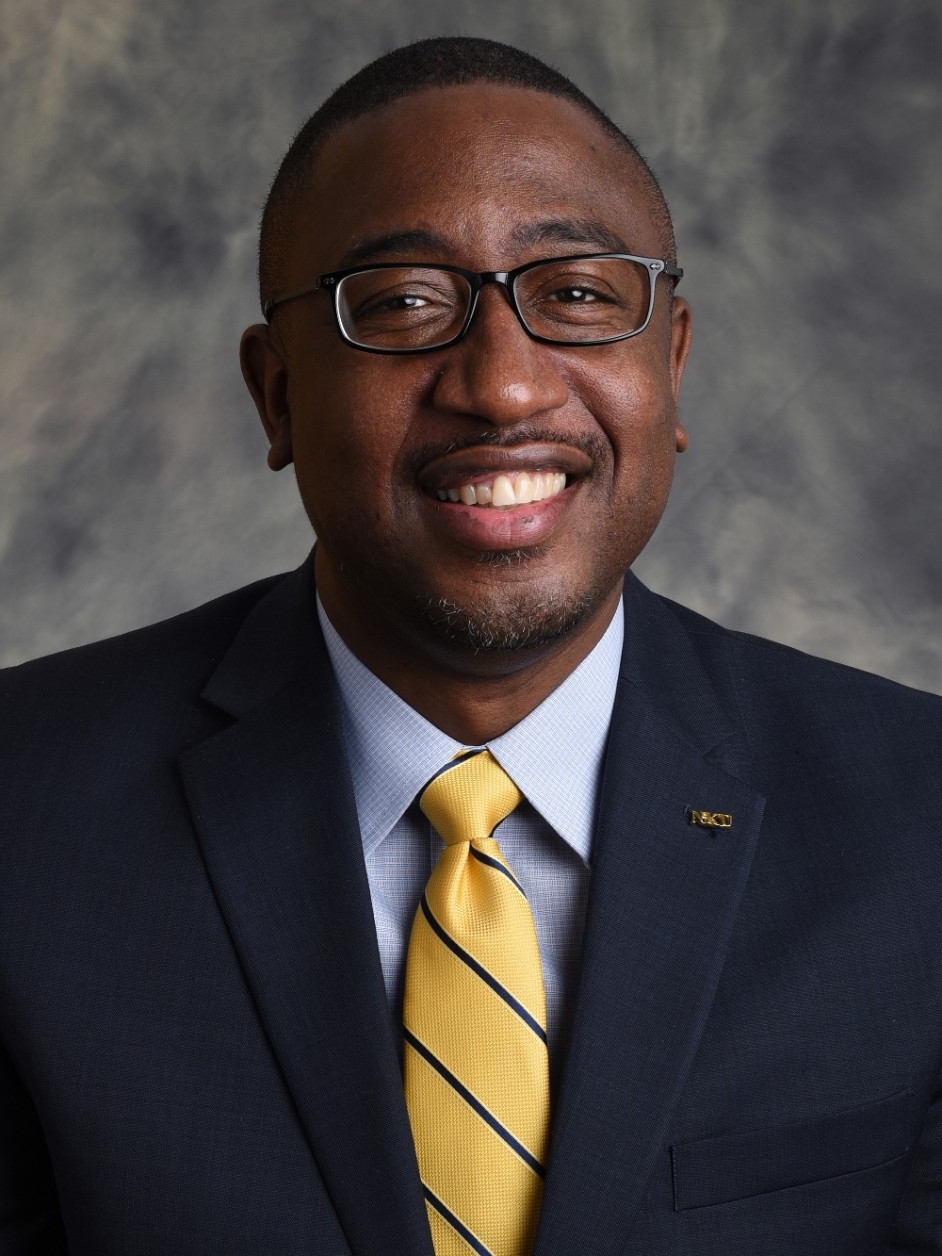 Dr. Eddie J. Howard, Jr. is a Georgia native with over 25 years of professional experience in Higher Education, working in a variety of educational institutions ranging from a major research university to a four year public college and even a two year technical college. With all of these experiences Dr. Howard has gained a unique perspective on the issue of diversity, inclusion, and race relations in this country. As a practitioner working mostly at predominantly white institutions (PWIs), and sometimes being the only person of color in the department, he has had to learn how to lead in these environments, while maintaining a neutral viewpoint and supporting issues that matter.

Eddie began his journey during his undergraduate days while attending Valdosta State University and participated in a variety of activities from working as the Testing Office assistant, Orientation Insight Leader, Campus Activities Board Officer, Resident Assistant, and SGA Senator. GO Blazers!

After graduating with a BA in 1993, he continued in his journey to the University of Georgia, where he was one of eighteen students across the nation selected to participate in the Higher Education Graduate program. Although the schools changed, his desire to remain involved in campus life stayed constant. As a GA in housing he was responsible for over 200 residents at UGA’s Creswell Hall. There he developed and implemented programs which directly impacted the educational and personal aspects of the residents’ lives. GO Dawgs!

After graduating with a Master’s Degree in Student Personnel in Higher Education, his path was set. He accepted a position at the University of Louisville as Coordinator of Leadership and Services. Finding his way was rewarding; however, “Getting paid for something he truly loved” was the icing on the cake. After two years of service, he was promoted to Assistant Director. GO Cards!

Howard moved back to Georgia in 1998 and accepted a position with Georgia College & State University as the Director of Student Activities. He was able to hone his skills as an administrator by creating new programs, establishing a mission and strategic plan for the department, and assisting the university with developing plans and a funding source to renovate a historic church into a Student Center. There he increased overall student participation by changing the campus culture. GO Bobcats!

Those skills and a desire to relocate to another city led him to Augusta State University in 2004 where he was responsible for overseeing the Student Activity Budget, program implementation, supervising the office staff, and serving as building manager for the 50,000 square foot Jaguar Student Activities Center which he designed. During the consolidation of ASU and GHSU (now Augusta University), Dr. Howard was promoted to Assistant Vice President of Student Life. GO Jaguars!

In 2013 he accepted a position at Augusta Technical College as Vice President for Student Affairs and was responsible for providing direction for the offices of Admissions, Financial Aid, Student Records, Counseling Center, and the Office of Student Activities. Working at the technical college truly broadened his prospective on student development and the importance of higher education regardless of the institution.

Before coming to NKU, Dr. Howard’s last move was to the position of Vice President for Student Affairs at Youngstown State University, where he oversaw twelve departments which included the Division of Student Experience and Enrollment Management. In his first year, Dr. Howard was awarded the Dr. Martin T. Manning Award for his exceptional mentorship to students by the Student Government
Association. GO Penguins!

Dr. Howard is excited to be at NKU and ready to use all the skills he has accumulated during his career to lead the Division of Student Affairs to more effectively serve our students and help them succeed. Helping students to realize their dreams and creating the best experience humanly possible is the motto that drives his work. GO Norse!

Eddie is an active member of his fraternity, Kappa Alpha Psi, where he has received several awards and distinctions. He also has served as the president of the Georgia College Personnel Association, where he received the Theodore K. Miller Distinguished Service Award in 2012. As a member of the American College Personnel Association, he was named State and International Division Leader of the year in 2010. Eddie is married to Zelda Hughes-Howard and together they have 4 children, Kristafer, Avery,
Taylor and Trinity. 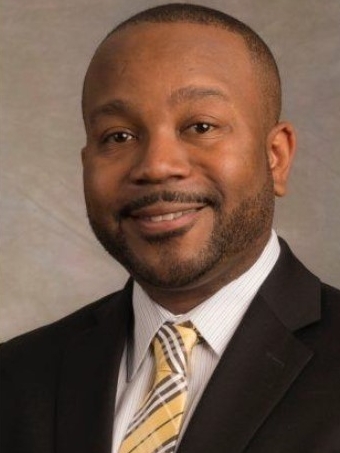 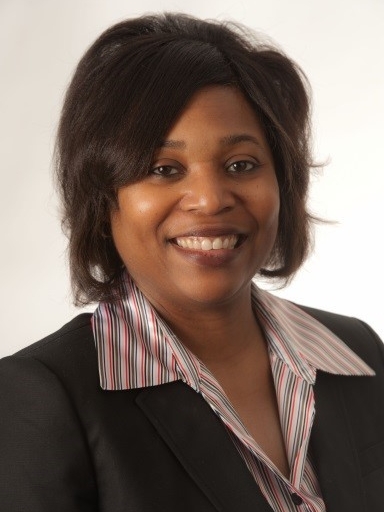 This is Dr. Hensley’s eleventh year at Northern Kentucky University (NKU) and her sixth year as member of the Student Affairs Senior Leadership Team. She has served in numerous capacities during her time at NKU, including participation on university-wide strategic framework, first-year experience, budget, and process improvement task forces; as a member of the SACSCOC reaccreditation committee; and as a Staff Congress representative.

Prior to her current role, Dr. Hensley served at NKU as the Division Business Officer for Student Affairs and as an Academic Coordinator in the College of Health Professions, in addition to positions at Kennesaw State University in Kennesaw, Georgia and the Autism Society of North Carolina in Raleigh, North Carolina.

Dr. Hensley earned her Ed.D. in the Educational Leadership program at NKU. She also holds a master’s degree in public administration with a concentration in management and finance from Georgia State University and a bachelor’s degree in political science and women’s and gender studies from the University of North Carolina at Greensboro. 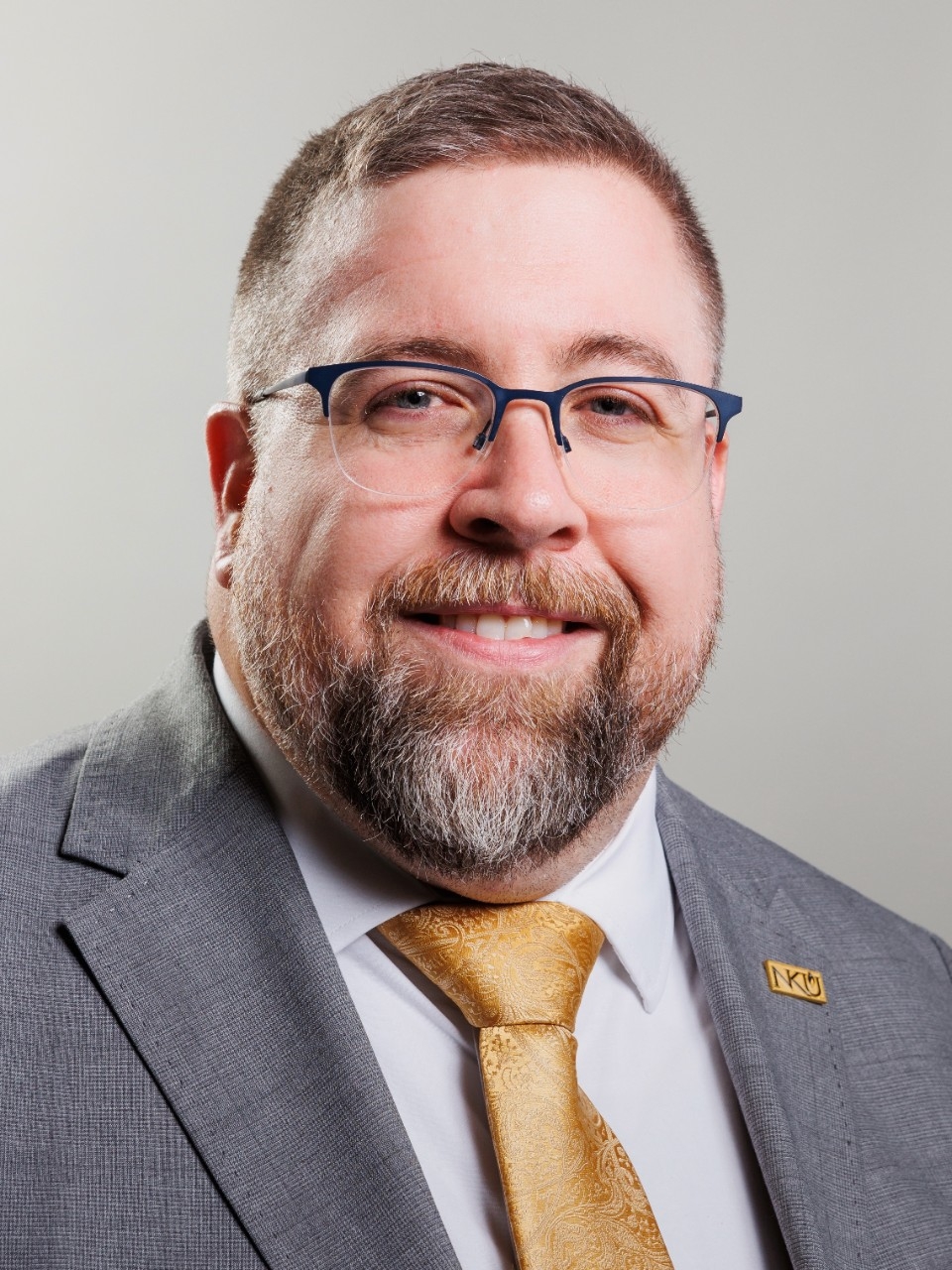 Dr. Bob Alston (he/him) is a strategic educational leader focusing on individualized care & elevating human-focused service. Born in Florida, Bob’s career began on Housing & Residence Life facilities team at the University of West Florida (UWF), then serving as a Residence Life Coordinator supporting the First- and Second-Year Experience living-learning communities for the same department. While at UWF, Bob served as a member of the Student Affairs Assessment Committee and as an Academic Foundations Seminar instructor, assisting students in co-curricular connection to the UWF campus.

After understanding his ability to connect with students, translating university policy into moments of student learning, Bob joined Western Carolina University’s department of Student Community Ethics as the Assistant Director for Student Conduct. While at Western (WCU), Bob served on the Alcohol and Other Drugs Committee’s efforts to educate and inform student choices related to substance use, was elected to and served on Staff Senate, and was selected for the WCU Leadership Academy, which sought to develop leaders dedicated to supporting WCU’s mission as a regionally-engaged university.

Bob’s goal to serve and support a campus community brought him to NKU starting as the Assistant Dean of Students in 2016. In 2018, Bob was asked to serve as the director of the Student Conduct, Rights & Advocacy office and has been finding pathways to support student learning, care, and sense of belonging in Norse Nation since. Prior to the Fall 2022 semester, Bob was appointed to serve as Dean of Students, and led strategic realignment for the newly created Community Standards & Care and Student Conduct offices.  Through service on varied committees and NKU initiatives, Bob has sought to elevate student voices and (re)build university systems to serve students’ individual needs more effectively. Bob received an NKU CARES Award (Staff) in 2021, and has been nominated for the Jane Meier Outstanding Service Award, and the Outstanding Student Affairs Newcomer Award, since joining the NKU Student Affairs staff.

Bob earned his bachelor’s degree in Interdisciplinary Humanities (B.A.) and his master’s degree in College Student Personnel Administration (M.Ed.) at UWF.  Bob is also a NKU alum after completing his Doctor of Education (Ed. D.) in Educational Leadership.  Bob has earned a graduate certificate in Emergency Management and a micro-credential in Disaster Readiness from NKU in order to develop his ability to support campus communities before, in, and after crises.

Ms. Sarah Aikman  is a native of the Chicagoland area and came to Northern Kentucky University (NKU) in 2006 after serving six years as the Assistant Director of the Union and Activities at the University of Wisconsin Oshkosh. Ms. Aikman holds a BS degree in Business Management and a MS degree in College Student Personnel both from Indiana State University. She has held previous positions at Kansas State University and Indiana State University. Currently, Ms. Aikman serves as the Director of the Student Union and Programming at NKU. As the inaugural director for NKU’s student union, Ms. Aikman brings a wealth of experience in student engagement, programming, facilities management, crisis intervention, event planning, and student organization advisement. In addition to her service as a director, she also serves as the primary faculty/staff advisor for NKU’s Student Government Association (SGA).

Ms. Aikman is an active member of the Association of College Unions International (ACUI). She has served the national association as President, a member of the Board of Trustees, Chair of two annual conferences, and currently serves as the chair of the Education and Research Fund Program Team. Ms. Aikman received the Richard D. Blackburn New Professional award from ACUI and the Graduate of the Last Decade award from Indiana State University. Sarah and her husband Brian enjoy traveling and spending time at their lake house on Norris Lake in Tennessee. 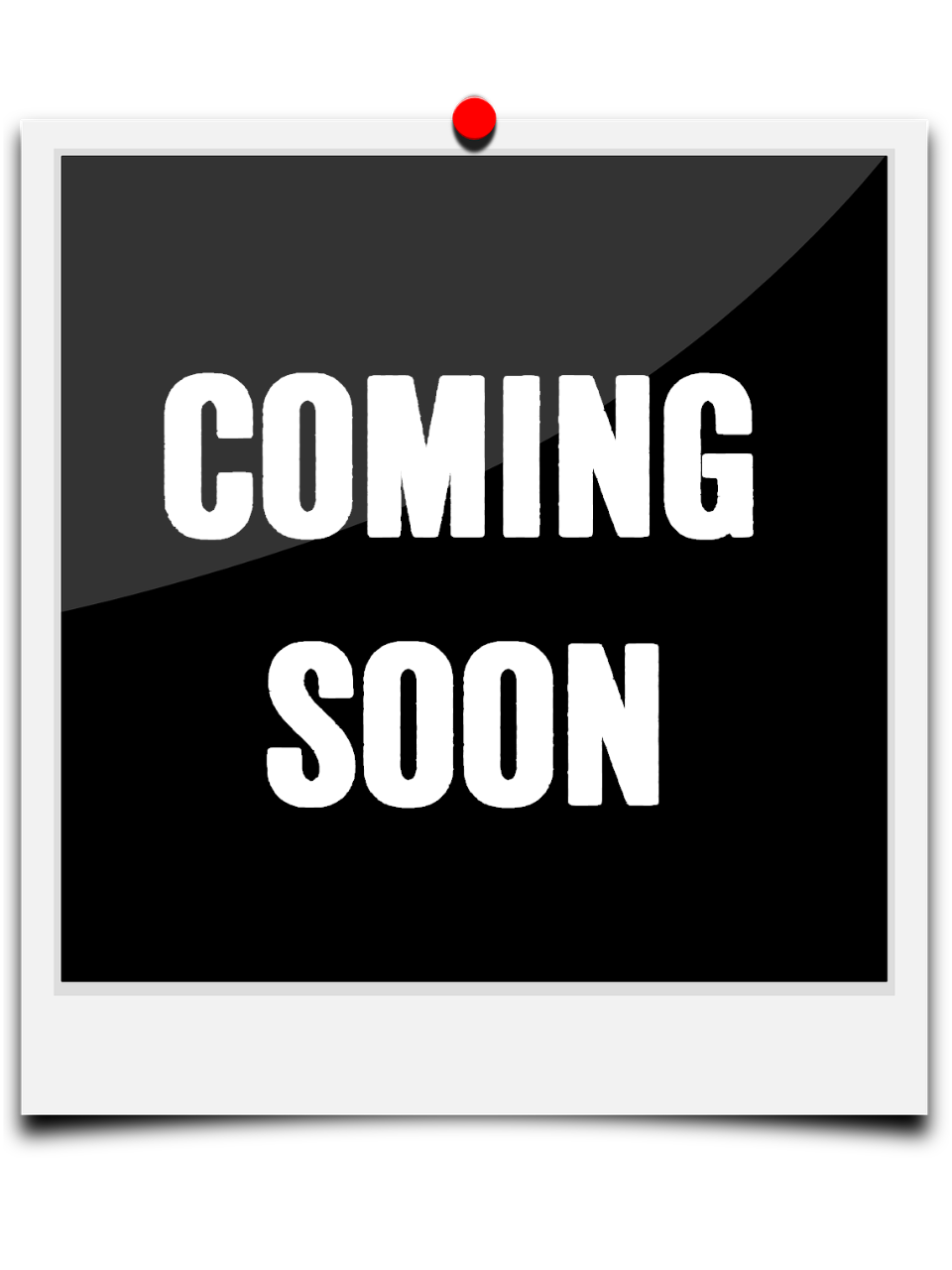 Ms. Ayala received her Master of Science, Student Affairs in Higher Education from Missouri State University and comes to us with over 10 years of higher education experience, most recently from the University of Arizona. Her work has focused on building collaborations with DEI campus and community partners to ensure a support system for students as they foster a sense of their self-identity and belonging during their academic careers.

Ms. Ayala is a first-generation college student and a daughter of Colombian immigrants with a passion for assisting students to build community, create a sense of belonging, and develop the skills and motivation necessary to achieve their goals. She plans to be on campus beginning December 6th and is looking forward to getting to know everyone and joining in the work we are doing to help our students have the best experience humanly possible. 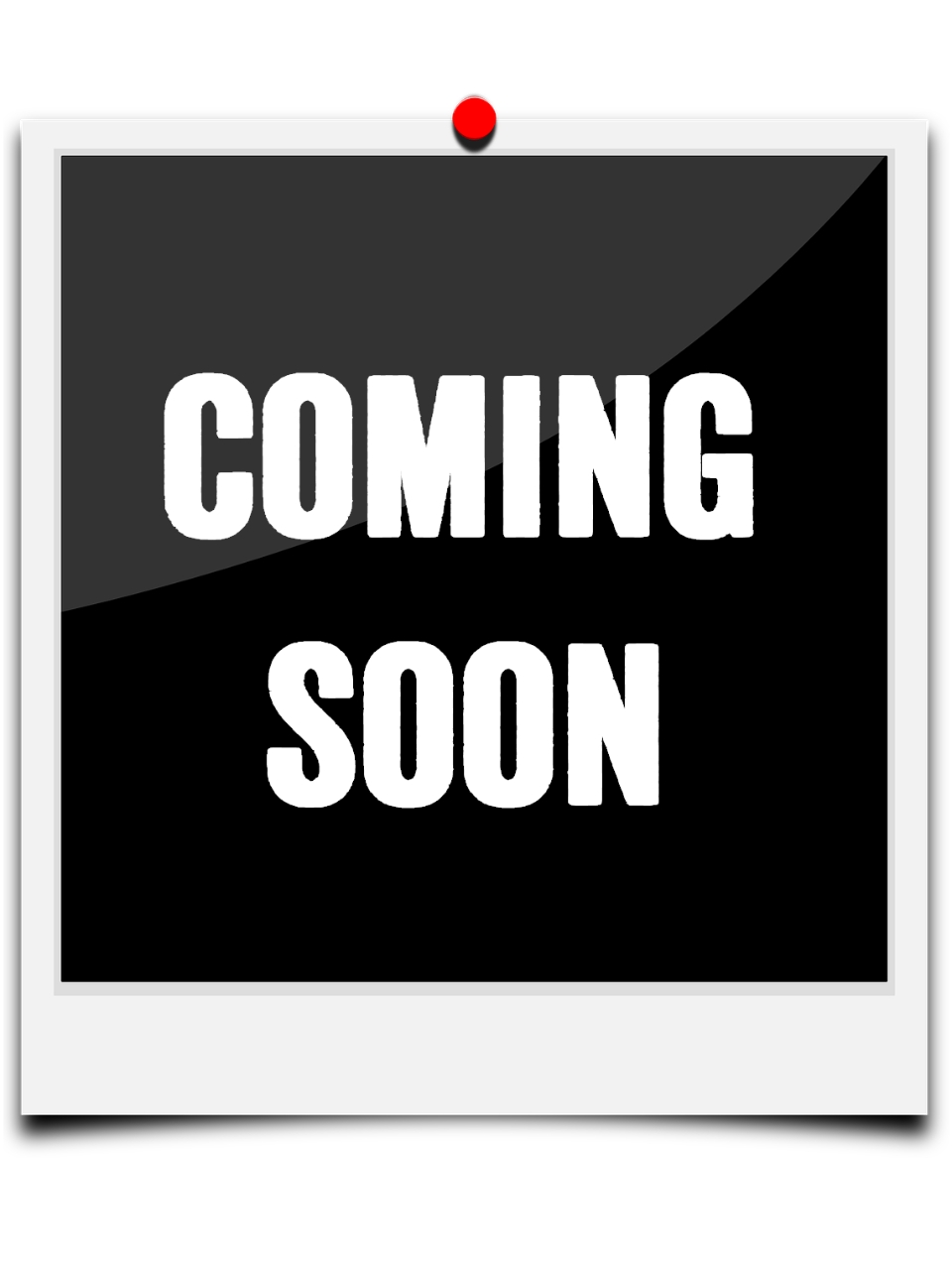 Ms. Lori Robbins serves as the Division Business Officer for Student Affairs. Lori joined the division earlier this Fall 2021 semester. Originally from Michigan, Lori lived in Arizona for 13.5 years, working at Arizona State University. During her tenure at Arizona State, she held a number of positions, ranging from grant support to grant accountant to departmental business manager to financial analyst to planning manager.

Lori is currently working on her third Masters degree: Legal Studies with an emphasis in Human Resource Management and Conflict Resolution. Lori also holds Masters degrees in Sustainable Leadership and Project Management and a Bachelors Degree in Business Law. Lori is married with two grown children, five grandchildren, and two dogs. She moved back to the Midwest to be near her kids and grandchildren. 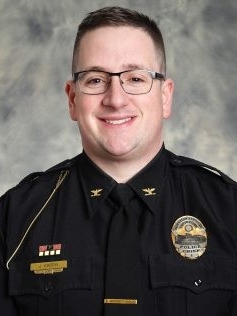